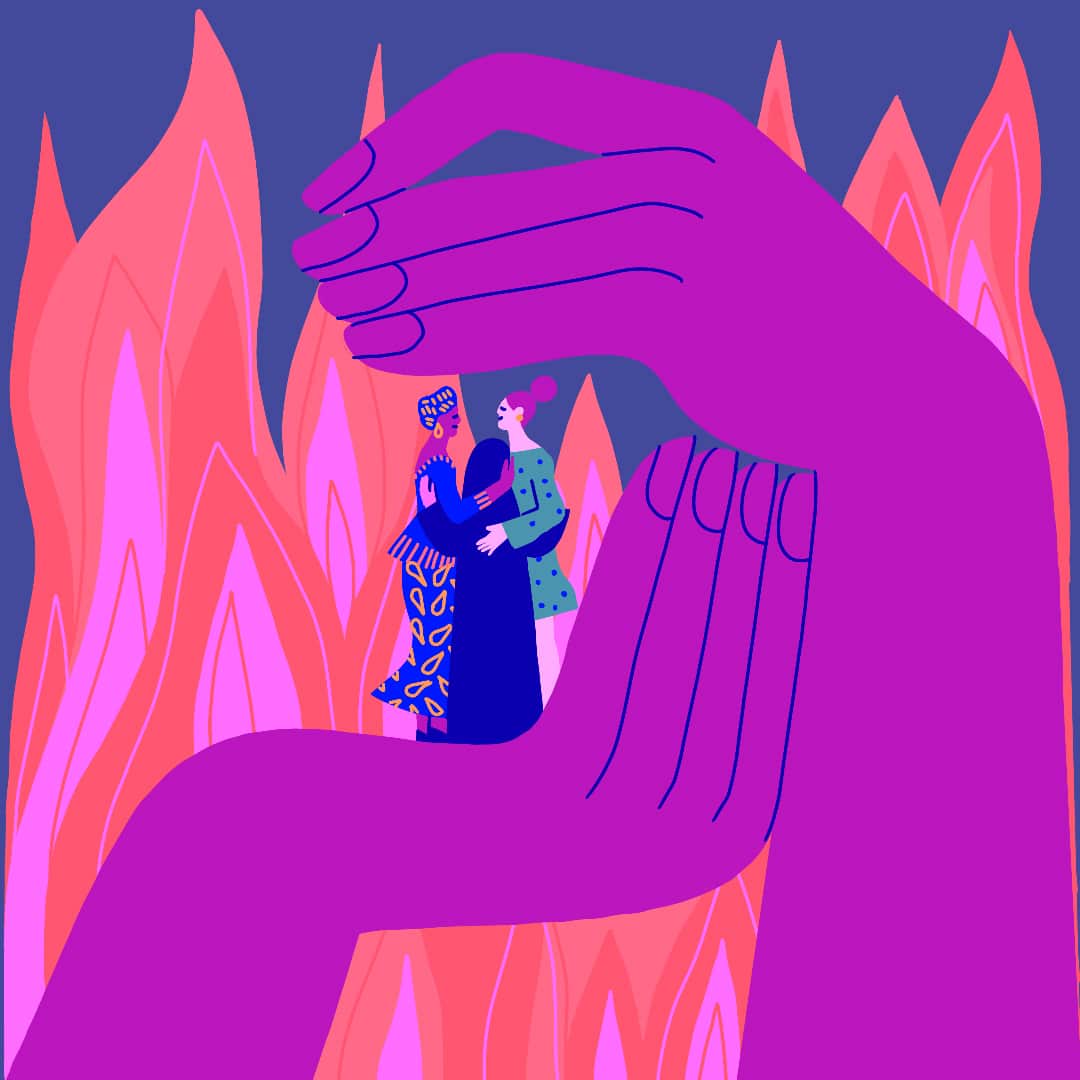 Preven­tion is the best form of peace­building, as it reduces suffering and conserves resources. The aim here is to prevent conflicts from escalating or resurging. To this end, the Federal Foreign Office supports social exchange and polit­ical dialogue, promotes human rights and contributes to the preven­tion of extremism. 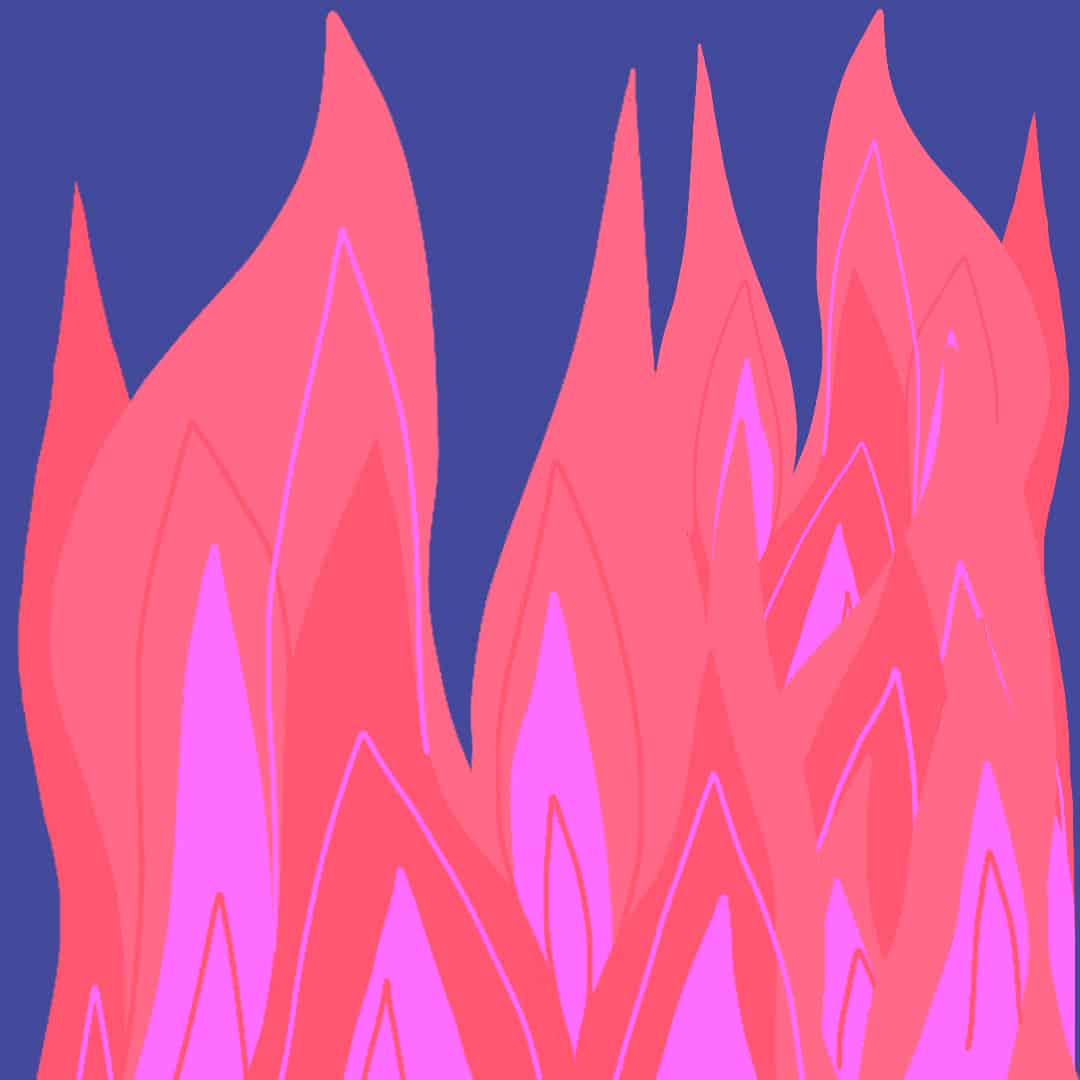 In April 2014, 276 young school­children were kidnapped from the Chibok secondary school in Borno State in northern Nigeria. The hashtag #bring­back­our­girls briefly brought to the world’s atten­tion a region in northern Nigeria which has been marked by violence and insta­bility for years. This is where the terrorist organ­i­sa­tion commonly known by the name Boko Haram is active. Their strategy includes bombings, killings, disap­pear­ances and kidnap­pings, sexual violence and forced marriages. The security forces are combat­ting the terrorist group with great force, and as a result have been accused of severe human rights abuses. It is the local popula­tion who suffers. According to the UN High Commis­sioner for Refugees, by 2019 2.4 million people in northern Nigeria, Cameroon, Chad and Niger had been forced to flee their homes due to Boko Haram, and more than 30,000 killed.

It is no coinci­dence that on the night of 14 April 2014 it was only young women who were kidnapped: animosity against women is a charac­ter­istic of the ideolo­gies of many terrorist groups. Women’s rights and women’s mobility should be restricted, often with violence. Their economic and social indepen­dence is restricted. Many women are actively fighting against this: as peace activists, commu­nity speakers, in the context of their profes­sional activ­i­ties and within their families, they are fighting for everyday conti­nuity, negoti­ating with terror­ists and security forces about safe areas and human­i­tarian corri­dors and influ­encing the values of the commu­nity.

The organ­i­sa­tion Borno Women Devel­op­ment Initia­tive (BOWDI), run by young women and based in Borno State, is supporting them in this endeavour. It strengthens women in their leader­ship roles and dissem­i­nates infor­ma­tion about gender-equal approaches in order to strengthen extremism preven­tion and support sustain­able peace initia­tives in the federal states of Borno and Yobe. Commu­ni­ties are also provided with infor­ma­tion about preventing and dealing with sexual and gender-based violence.

BOWDI carries out training sessions with multi­pliers, in partic­ular young women, who share their knowl­edge about counter-extremism and preven­tion further. Through this network the young women remain in contact, share their experi­ences and exper­tise about programme planning and initia­tives. The training sessions are aimed in partic­ular at women and girls who are at great risk of being (forcibly) recruited or experi­encing sexual or gender-based violence, including women and girls in camps for inter­nally displaced people and women in the region. Men and boys are involved in activ­i­ties to strengthen gender equality in commu­nity-level polit­ical and admin­is­tra­tive decision-making.

“Let’s talk about toler­ance, diver­sity and social cohesion in Pakistan. This is the only way forward for us and the future of our country.” The aim of the organ­i­sa­tion Hum Ahang is to strengthen social cohesion within commu­ni­ties in Pakistan in order to thereby reduce violence and prevent crises. To this end, it uses an approach which helps local commu­ni­ties to identify their own “circle of influ­ence” and take action within its bound­aries.

For Hum Ahang Pakistan, women in partic­ular can be a driving force for social change. For this reason the organ­i­sa­tion works with both male and female multi­pliers such as religious digni­taries or teachers in local commu­ni­ties who pass their knowl­edge on to others. Men and women come together to exchange ideas about topics which can influ­ence social cohesion: violence-free commu­ni­ca­tion, various societal roles and identi­ties, critical thinking – and dealing with coron­avirus.

When Covid-19 hit Pakistan in February 2020, the economic and social impact partic­u­larly affected the poorest part of the popula­tion who had no reserves and no ways of earning money due to the restric­tions on movement. Hum Ahang reacted with early warning mecha­nisms in order to identify the needs and concerns of the rural popula­tion and respond to them. With German support, it provided 20,000 families with food, masks and disin­fec­tant in 21 vulner­able districts in Pakistan which were partic­u­larly affected by the severe economic downturn. Simul­ta­ne­ously Hum Ahang continued its training sessions on crisis preven­tion, supple­menting them with practical assis­tance on Covid-19 preven­tion. 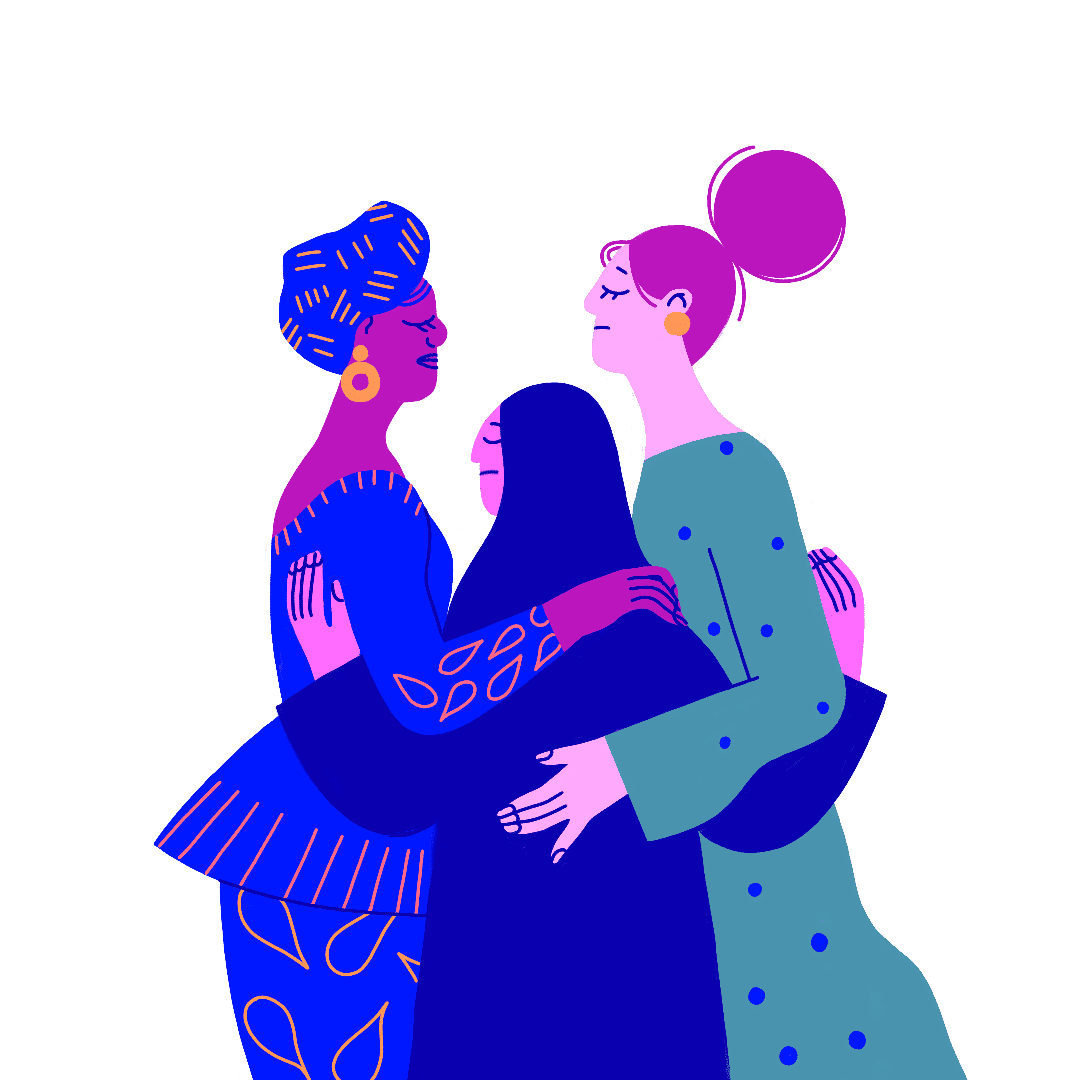 The schol­ar­ship programme of the German Biose­cu­rity Programme offers targeted support to women in the field of biose­cu­rity.

What do anthrax, the plague and Ebola have in common? All three are highly dangerous diseases that spread like epidemics. And all three in the wrong hands can become biolog­ical weapons and thus pose a serious security risk.

In order to respond to this threat, the Federal Foreign Office launched the German Biose­cu­rity Programme back in 2013. The objec­tive of the programme is to support partner countries in monitoring biolog­ical security risks. This is intended on the one hand to prevent the misuse of biolog­ical agents that could also pose a threat for Germany, while the work also benefits the health­care systems of the target countries in Africa, Central Asia and Eastern Europe and the national security of the partner countries. Together with the German partner insti­tu­tions, activ­i­ties are currently being imple­mented in nine partner countries in addition to two supra-regional projects.

GIBACHT is a schol­ar­ship programme offering a one-year training course in the field of biose­cu­rity. It is provided by the Bernhard Nocht Insti­tute for Tropical Medicine (BNITM) in cooper­a­tion with the Robert Koch Insti­tute (RKI), the Swiss Tropical and Public Health Insti­tute (Swiss TPH) and the African Field Epidemi­ology Network (AFENET) as part of the German Biose­cu­rity Programme.

Each year, GIBACHT picks a selec­tion of fellows and facil­i­ta­tors. Not only the profes­sional refer­ences of the appli­cants are taken into account for the selec­tion, but GIBACHT also sets partic­ular store on an even gender balance in order to ensure equal oppor­tu­ni­ties between men and women. The programme pays partic­ular atten­tion to ensuring that women are supported and encour­aged to strive for senior positions in biose­cu­rity. GIBACHT actively promotes this by offering women the oppor­tu­nity not only to benefit from the programme as fellows but also to play their part after­wards in the training courses as alumnae facil­i­ta­tors.

Fortress Yayra Aku and Afreenish Amir are two such facil­i­ta­tors. Fortress Yayra Aku, from Ghana, took part in the GIBACHT programme in 2018 and after­wards assisted with further workshops as an alumna facil­i­tator. Dr Afreenish Amir is a Pakistani GIBACHT fellow from the 2018 cohort. She has enriched the programme with her exper­tise this year by assisting the fellows as an alumna facil­i­tator at numerous online workshops. 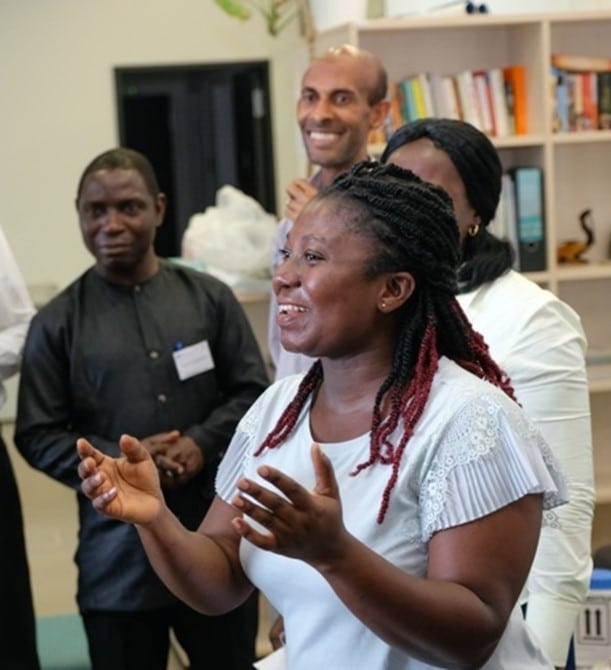 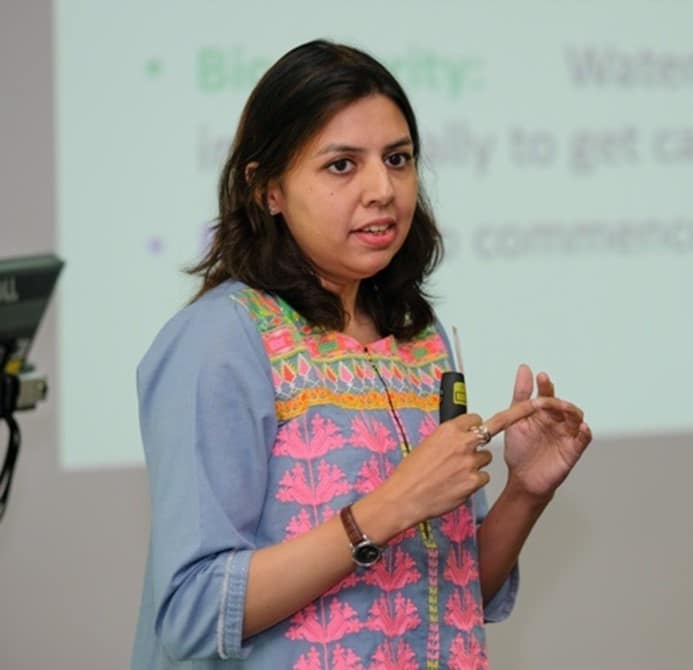 Biolog­ical weapons such as anthrax or smallpox do not stop at national borders. The misuse of biolog­ical disease agents in armed conflicts there­fore also poses a security risk for Germany. The Federal Foreign Office has taken account of this since 2013 with the German Biose­cu­rity Programme. The programme is currently supporting sustain­able projects in the area of biose­cu­rity in nine partner countries. Supporting junior scien­tists forms part of this and aims to develop capac­i­ties in a gender-equitable manner.

To this end, the Bundeswehr Insti­tute of Micro­bi­ology has been collab­o­rating, with the support of the Deutsche Gesellschaft für Inter­na­tionale Zusam­me­nar­beit (GIZ) GmbH, with the Georgian National Center for Disease Control and Public Health (NCDC) since 2013. The collab­o­ra­tion aims on the one hand to find out more about the spread of infec­tious diseases in Georgia, while at the same time the key goal of the project lies in capacity building and staff training. A partic­ular focus is placed on the promo­tion of junior female scien­tists: men and women are to have equal oppor­tu­ni­ties and gender stereo­types to be overcome.

Tamar Jashiashvili has been involved in the project from the outset and is preparing her PhD thesis within this frame­work in Georgia. The results of her research have attracted great interest among fellow scien­tists at several national and inter­na­tional confer­ences and were singled out at the NECTM7 Confer­ence in Stock­holm in 2018 for the Best Poster Award. After the successful comple­tion of training in quality manage­ment, Ms Jashiashvili was promoted to Quality Manager of the NCDC. The career of the excep­tion­ally talented junior scien­tist has been signif­i­cantly supported by the further training in the biose­cu­rity project in Georgia. 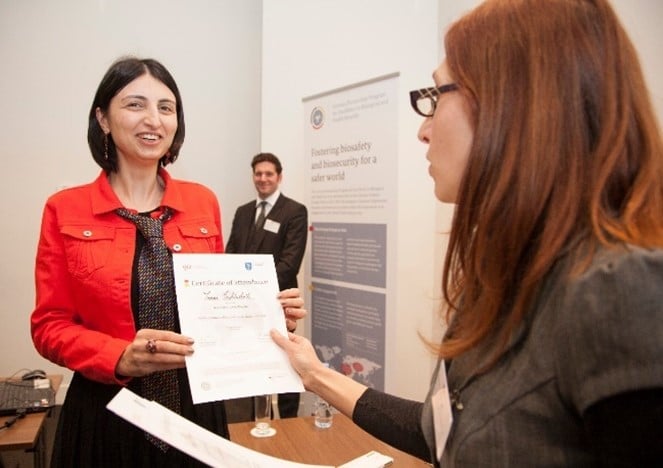 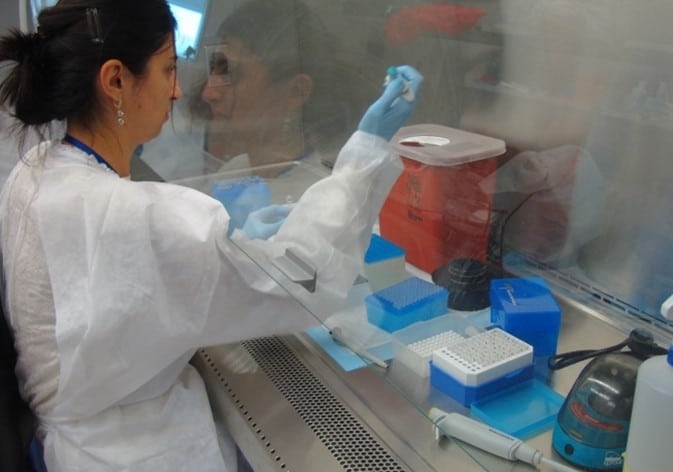 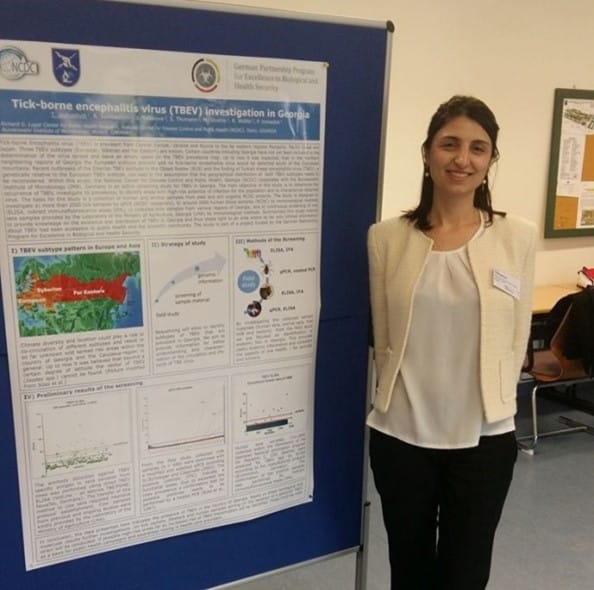 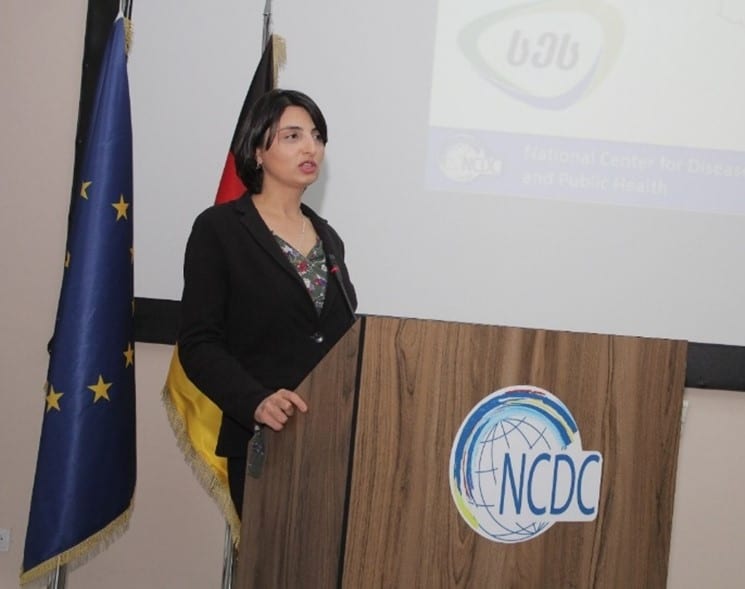 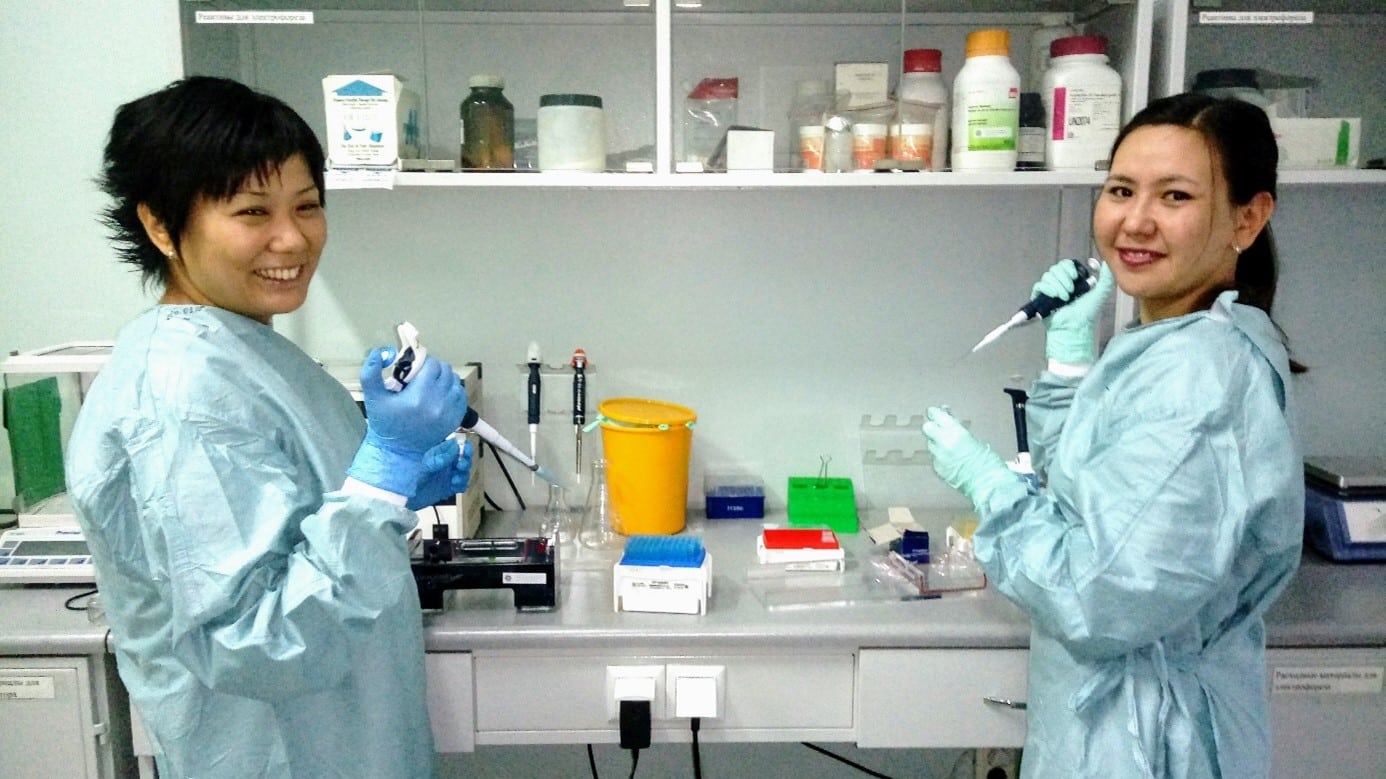 Biose­cu­rity research needs the brightest minds in order to find effec­tive responses to security policy risks. Gender equity – that is, the involve­ment of talented researchers of all genders – is essen­tial for this. The German-Kazakh biose­cu­rity network has there­fore made it its task to promote gender equity within research by supporting young female doctoral students from Kazakhstan in advancing their scien­tific careers. The network was founded by the Bundeswehr Insti­tute of Micro­bi­ology in cooper­a­tion with the Deutsche Gesellschaft für Inter­na­tionale Zusam­me­nar­beit (GIZ) GmbH and is part of the German Biose­cu­rity Programme.

Karly­gash Abdiyeva studied within the frame­work of the German-Kazakh biose­cu­rity network at the Center for Global Health of Munich Univer­sity (LMU Munich), where she success­fully completed her PhD in 2019. Shortly after­wards, she was appointed to a senior position at the National Scien­tific Center for Especially Dangerous Infec­tions in Almaty. She helped during the COVID 19 pandemic in combating the virus, among other things by carrying out polymerase chain reaction tests (PCR). The public health office of Almaty also asked her to super­vise the munic­ipal labora­to­ries and hospi­tals as biose­cu­rity officer during the COVID 19 pandemic.

Anna Shin and Nur Tukhanova joined the German-Kazakh biose­cu­rity network in 2017 in order to study for their PhD at LMU Munich. After they graduate next year, the two of them will continue their research for the strength­ening of biose­cu­rity in Kazakhstan. 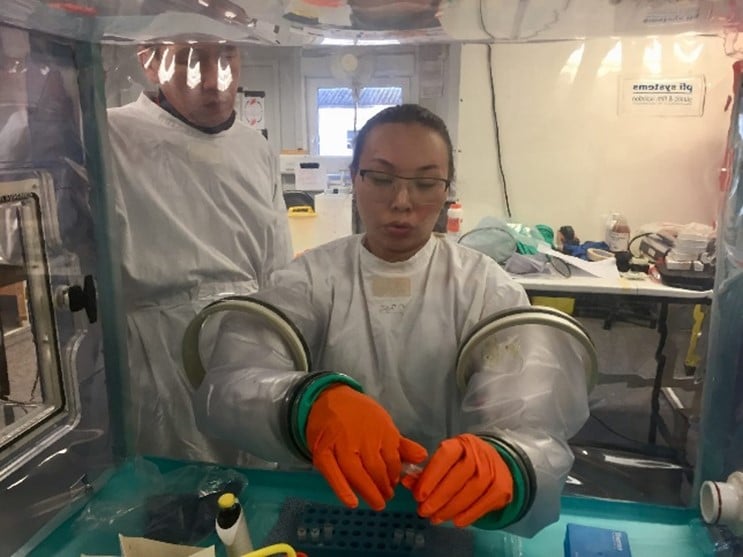 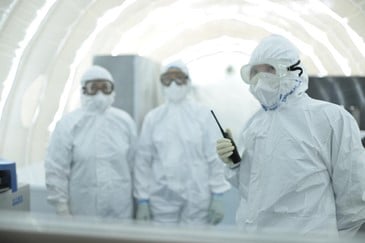 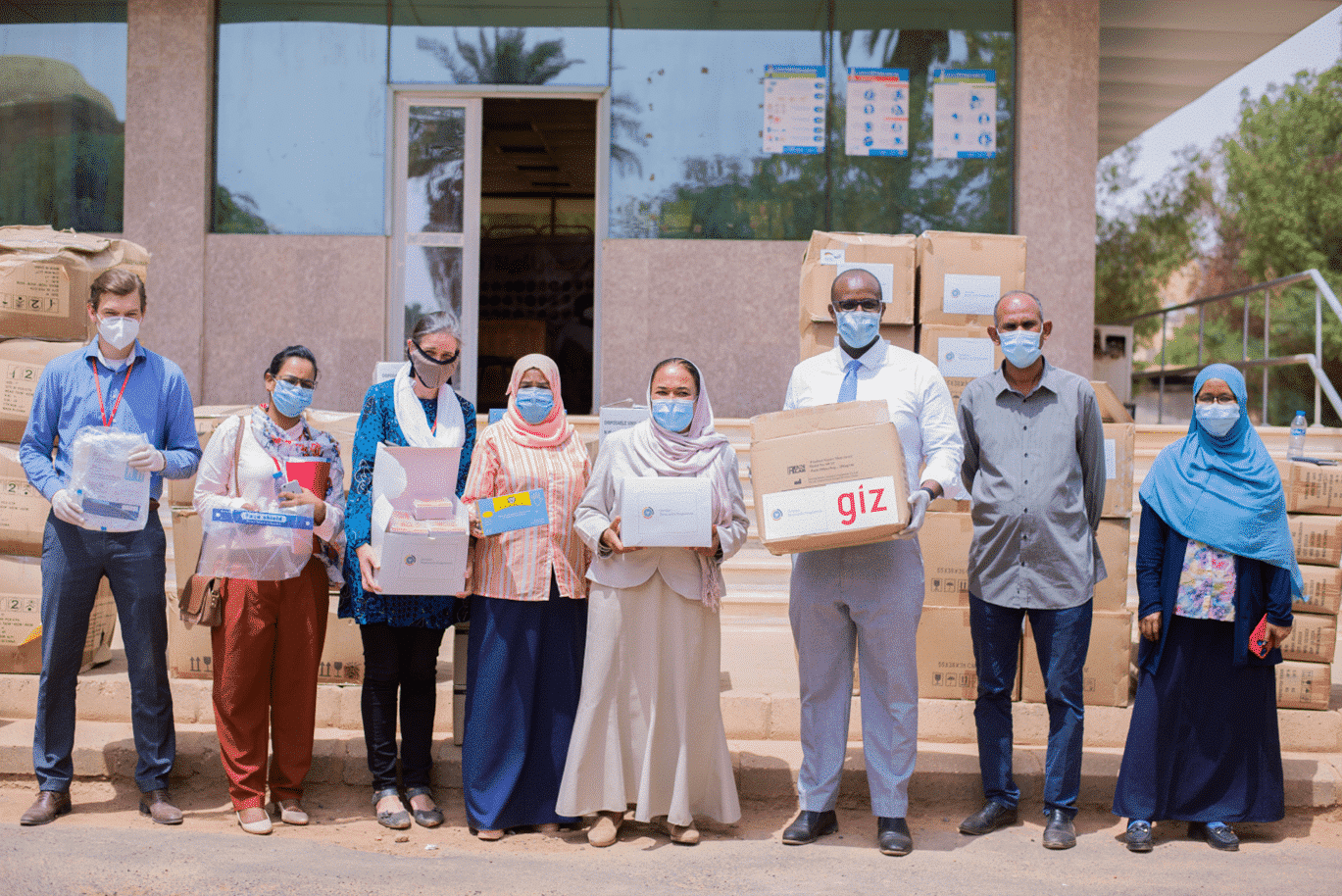 The third phase of the German Biose­cu­rity Programme started in 2020. The objec­tive of the programme is to reduce biolog­ical risks and support partner countries in preparing for possible biolog­ical security incidents.

The focal partner­ships with Sudan, Tunisia and Morocco have existed since the programme was launched in 2013. They are coordi­nated by the Robert Koch Insti­tute (RKI) together with the Deutsche Gesellschaft für Inter­na­tionale Zusam­me­nar­beit (GIZ) GmbH. Women have been highly repre­sented within all activ­i­ties since the launch of the programme, with a strong female workforce at the key partner insti­tu­tions ranging from public health facil­i­ties to hospi­tals and labora­to­ries. Never­the­less, gender-equitable repre­sen­ta­tion of the activ­i­ties remains of key impor­tance, as the targeted training and support of women create oppor­tu­ni­ties for them to assume senior manage­ment positions in the future. Role models are also needed in the research areas to which women have already success­fully gained access. One of these role models is Dr Shahinaz Bedri, who recently took over the manage­ment of the National Public Health Labora­tory in Sudan, one of the most impor­tant partner insti­tu­tions of the German Biose­cu­rity Programme. 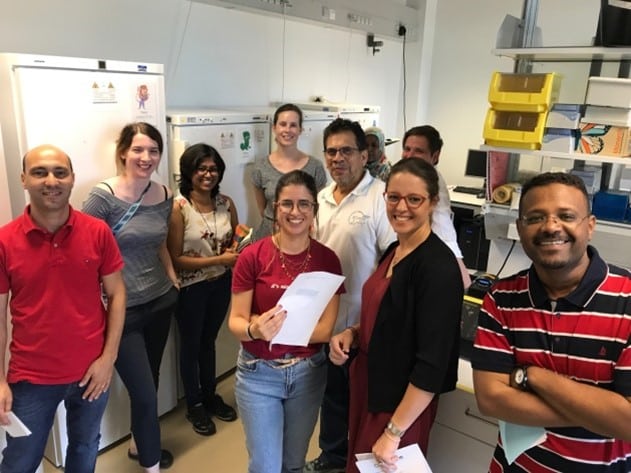 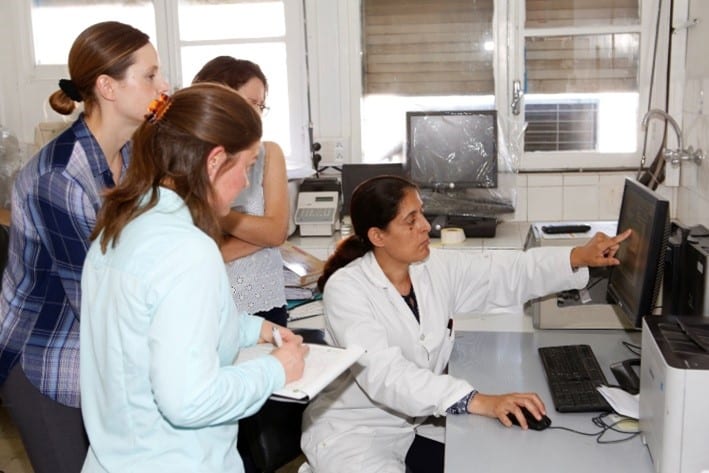 Diagnos­tics workshop of the Robert Koch Insti­tute with Sudanese, Tunisian, Moroccan and other experts, Berlin, 2019. (©RKI)